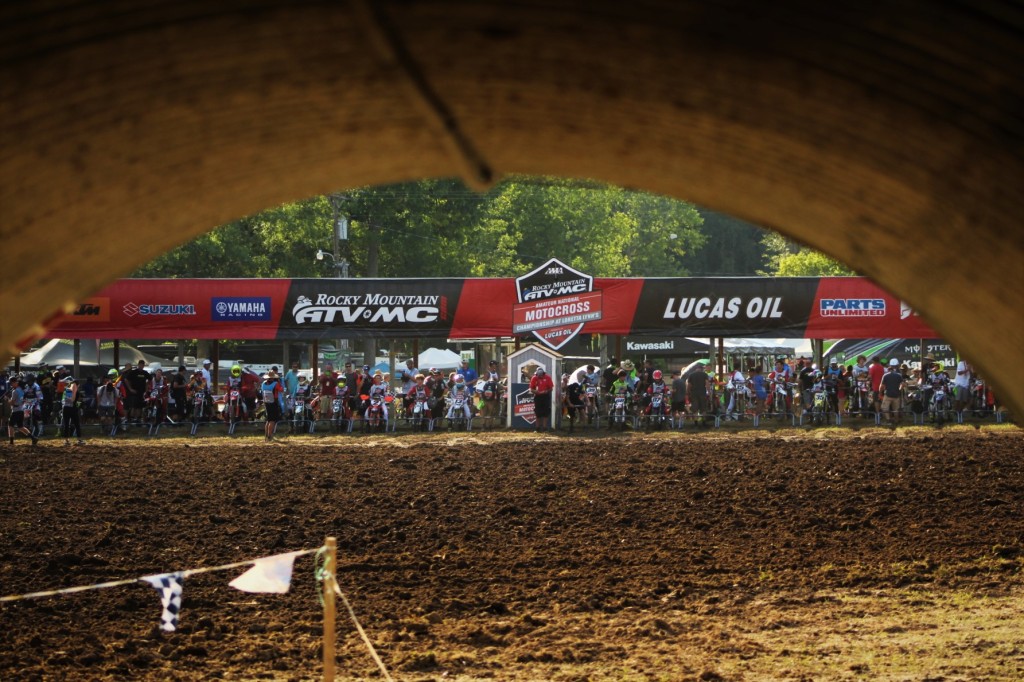 This time last year, the Colorado motocross community sat atop cloud-nine, rejoicing in and celebrating the incredible performances that our top local riders put on at the Rocky Mountain ATV/MC Amateur National Motocross Championship at Loretta Lynn’s in Hurricane Mills, Tennessee. Scroll through our archives to read about the triumph of our homegrown-heroes for yourself! We saw an impressive CO turnout, with multiple Coloradans up on the podium in various classes, and battles against top riders in the industry. One native even managed to snag a championship! The year 2018 at the Ranch set the bar high for riders in our state  —  really, really high.

After a year like that, we were hopeful coming into the 2019 edition of the historic race a few weeks ago. Though, leaving after the final checkered flag flew and all was said and done, we were humbled. We’re stoked to say that there were a handful of Colorado riders who rode a race week to brag about, the kind we saw so many have last year. But others weren’t as fortunate. For a lot of Coloradans, their Loretta’s week was plagued with injury, bike trouble, and just plain ol’ bad luck. However, if you should know one hard and true fact about Loretta Lynn’s, it’s that, with the nature of this particular amateur national, that’s often just the way it goes. After all, a three-moto format spanning the course of a week leaves a lot of room for a lot to go down. That said, riders hailing from the Centennial State still did us proud by rising to the occasion and leaving it all on the track, no matter what obstacle might’ve been thrown their way! So, let’s dive in.

One rider who put on the type of give-it-all-ya-got ride we alluded to moments ago is long-time Colorado talent, Chase Lorenz. Chase is the kid you’ve watched rip around the local tracks here since he was on 50s; the one who always had the speed and skill to make it big, but somehow lacked the luck; the one you root for even after all this time because he seriously deserves to be up there. After a long run of frustration in the national scene and injury after injury, Chase finally put on a ride he can feel good about in the 450 B Limited class this year. In moto one, the #59 got off to a mid pack start and was able to make quick work of the field to land a 5th! Seriously impressive. Moto two threw challenges his way, but he still fought hard to bring himself all the way from 41st to 23rd. Quite the comeback, if you ask us! He picked off several positions in moto three, as well, to make sure he crossed the checkered inside the top 15. In the end, he was able to earn 10th overall in the class! It wasn’t an easy feat, but if anyone could get it done, it was Chase Lorenz.

Last year in Hurricane Mills, Colorado native, Alexander Vestal, did some serious damage, landing a spot inside the top 10 in Schoolboy 1 and fighting for a spot on the podium in a moto of 125cc (12-17) B/C. Vestal ran the same classes this year, but wasn’t able to put together the same kind of week. He was able to earn a (still impressive) 15th overall in Schoolboy 1, but unfortunately had a DNF and DNS in motos two and three of 125cc (12-17) B/C.

There were a handful of Colorado ladies who made an appearance at the Ranch this year! Adilyn Malcolm, Samantha Peters, Malisa Brauch, and Kacey Pelkola all came to play in the Women’s class. This class held the most Colorado residents out of any other class at Loretta Lynn’s this year! Malcolm was the highest placing Coloradan at 12th overall, Peters followed close behind in 14th, Pelkola 29th, and Brauch 32nd! In the Girl’s (11-16) class, Malcolm grabbed another impressive finish with 6th overall and fellow Coloradan, Ellie Ogden, finished just outside the top 20! Way to go, ladies!

The 85cc and Supermini classes were areas that Colorado’s youth encountered some of those challenges and bad luck that we mentioned previously. We’ve seen this same handful of kids tearing it up together since their peewee days at home, and it’s been so exciting to watch them come up through the ranks all the way to this large stage of Loretta’s. They’ve all got the speed and talent to be up there in their respective classes, but as far as we could tell, it just wasn’t their week. A couple of them still managed to overall inside the top 15, despite the adversity that was put in their way! Dilon Blecha out of Fruita, CO earned himself a 12th overall in the 85cc (10-12) class and Carter Malcolm out of Elizabeth, CO slid into 14th in Mini Sr. 2 (13-15).

The 65cc classes are where we started to see some glimmers of hope for the Colorado motocross community at the Ranch this year! The kids who lined up on the gate in these classes didn’t come to mess around, that’s for sure. The most impressive ride put on by our local 65cc rippers was by none other than Cole Blecha, little brother to the aforementioned Blecha. He came out swingin’ on his #52 machine in the 65cc (7-9) class, where he went 2-9-4 for a 5th overall, and in the 65cc (7-9) Limited class where he went 4-2-2 to lay claim to the second spot on the podium in the overall! Blecha finished in the highest overall position of any Colorado native at the Ranch this year! Way to represent, #52! Gage Dunham, out of Golden, CO, was able to sneak into the top 15 in the 65cc (7-9) Limited class, as well.

The tiniest, but mightiest riders out on the track put on quite the show for viewers cheering on back at home! In the 51cc (4-6) Limited class, Lakewood resident, Wyatt Kemble rode consistent motos to pull off a respectable 7th overall in the class with 8-9-7 finishes! We mentioned earlier that Gage Dunham got it done in his 65cc class, and he lined up on the gate for the 51cc (7-8) Limited with the same agenda. The class was full to the brim with battles and position changes every time those boys hit the track, so it wasn’t a ride in the park for Dunham, but he gave it his all and with 3-3-5 moto finishes earned the final spot on the podium for third overall!

Well wishes are being sent to those Colorado riders who left the Ranch injured. 65cc (10-11) and (10-11) Limited rider by the name of Jeremy Roe was showing much promise at the beginning of the week, where he finished his first 65cc (10-11) Limited moto in 16th and 65cc (10-11) moto in 5th! Unfortunately, he had a gnarly crash through the famed Ten Commandments in moto two of the 65cc (10-11) Limited class which resulted in a broken femur and the end to his race week. John Murray was another rider who suffered a nasty get-off during the week. In the beginning of his first moto in the Senior (40+) class, he plummeted out of the air, front end down before the Kawasaki Triple and cartwheeled into the infield. Luckily, he wasn’t left with any serious injuries, just a deep bruise on his leg and some stitches on his shoulder. Heal up quick, guys! We’re thinking of you!

The 2019 Rocky Mountain ATV/MC AMA Amateur National Motocross Championship at Loretta Lynn’s is always an experience to remember. Every rider goes in and comes out with a different story. For Coloradans at the race this year, that story reads “perseverance” and “grit”. It reads going out there, even if the odds are stacked against you, and showing everyone where you come from and what you’re made of. It wasn’t an easy week for anyone. It never is. But it’s the blood, sweat, and tears put in and the satisfaction of knowing that you left it all out there on the track, no matter how your week ended up, that makes it all worth it, right? We might not have come out with the same number of top 10s or top 5s as we did last year, but we did leave knowing that each rider put every last ounce of effort and passion into their riding and that in itself is enough to make Colorado proud! Below is a list of all of the riders who lined up on that gate at the historic Loretta Lynn’s Ranch just weeks ago  —  which, let us all remember, is an incredible feat all on its own! We’re grateful for the 25 riders spread out through 23 classes who went the distance to represent the homeland!

iThere are no comments

Begin typing your search above and press return to search. Press Esc to cancel.